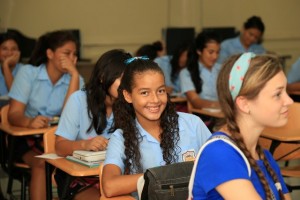 For those planning to head to Australia, visa are very much important documents. Thus, it is not surprising that there are a lot of people lining up in the embassies to get their visas. And it is interesting to note that a large part of these applicants are students who are hoping to get the chance to study in the country.

However, with the recent changes that was implemented by the Department of Immigration and Citizenship (DIAC) to the Skilled Migration Program, this chance seemed to have gotten a lot slimmer. In case you don’t remember, one of the changes that was implemented by the DIAC was the revamp of the Skilled Occupation List, where all the jobs qualified for working visa application were listed. The revamp saw the removal of many jobs that are considered to be low level to make way for higher level jobs which the country is currently in shortage of.

The removal of these jobs, in turn, had an adverse effect on the number of foreign students coming into the country. It should be noted that most of the foreign students coming in to the country are actually enrolling in vocational courses. This is mainly due to the fact that these courses allow them to immediately apply for working visa upon completion. However, with the removal of these courses, their easy way in is now gone, and thus without any other opportunity, are simply leaving the country and returning home.

But this one is actually not yet the end of it. As it turns out, the educators themselves have fears that these new policies will greatly affect the educational system. Since many colleges are heavily dependent on the income generated by the enrollment of foreign students, they said that the likely drop in the number of enrollees will also greatly affect their operations.

And to seemingly prove this point, the Austech Institute for Further Education, a Sydney based hospitality college, announce that it is now placing itself under voluntary liquidation after the number of students enrolling dropped. The college currently caters to around 750 students, many of them foreign. The closure of Austech is only one of the recent shutdowns of high profile colleges mainly due to the new immigration policies.

Wanting to get an Australia Visa? PrincipalVisas contain general Australia immigration information about different types of visa for travelers. Check out other services at http://www.principalvisas.com/