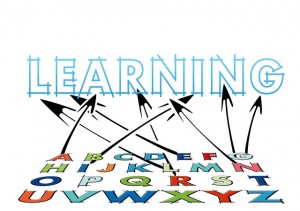 Listen and Learn: The Intonation of Two-Word Expressions

Intonation is the “music” of a language, and is perhaps the most important element of a correct accent. Often we hear someone speaking with perfect grammar, and perfect formation of the sounds of English but with a little something that gives her away as not being a native speaker.

Therefore, it is necessary to realize that there is more than the correct pronunciation of the vowels and consonants of a language. This is very important and we do stress it in other articles. But it is only one of the three components to an accent, pronunciation, intonation, and linking.

In other places we will examine the correct pronunciation of vowels and consonants, and linking, the way that syllables within a word, and the beginning and ending of words come together.

Knowing when and where to stress the words you use is very important for understanding, and therefore, as part of a good accent. A clear example is that of stress in two word expressions.

According to whether it is an ordinary two-word expression or a special, set expression, the place of the stress changes. In an ordinary expression the two words are used to describe something like a “white HOUSE” (meaning a house that is painted white, and not blue or gray). In this case the most important note is the noun because we are talking about a house that happens to be white. Similarly, a “fat BOY” is an overweight young male.

But sometimes short two word expressions are set or “consecrated”, (that is, they mean something special) and have to be made different from similar expressions. One example is “the WHITE house” where Mr. Bush lives. In this case, the emphasis is on the adjective because we are more interested in stressing that it is the house that is known because it is white. In the same way, “FAT boy” is the nickname of a boy, chosen because the word fat emphasizes his weight.

It will be useful for you to be aware of both types of two word expressions. Here is a list of a few that will get you thinking and give you some practice in identifying them and using them correctly. Underline the syllable that is stressed, and write a brief explanation, for both uses of each phrase. I start the exercise with two examples. You do the rest. Make sure you say the phrases OUT LOUD!

Light BULB
A bulb that is not heavy

Now do these, underling the syllable that is stressed, and defining the word that has the indicated intonation.

Dark room, Dark room
A cold fish, A gold fish
The paper box, The paper box
An old key, A door key
A nice watch, A wrist watch
A sticky web, A spider web
A clean cup, A coffee cup
A toy gun, A water gun
A bright star, A movie star
A new ball, A foot ball
A sharp knife, A steak knife
An old brush, A hair brush
A dry leaf, A fig leaf
A pointy tack, A thumb tack
A blackboard, A black board
A green house, A green house

For more articles on intonation, search with the keyword “intonation”.

Frank Gerace Ph.D has worked in Latin America in UN and national Educational and Communication Projects, and has taught in Bolivian and Peruvian Universities. He currently teaches English in New York City at La Guardia College/CUNY. He provides resources on accent reduction and the proper American English accent at http://www.GoodAccent.com.