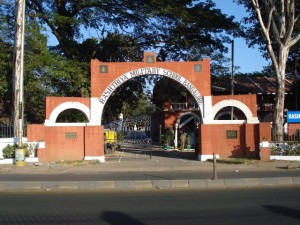 Military schools are only for troubled teens:

The perception is that parents only send their children to a youth military camp as a last resort because they are having trouble keeping them disciplined at home or at school. This is far from the truth — in fact, most military schools won’t accept students who have a history of serious discipline problems such as run-ins with the law or alcohol and drug abuse issues. While military schools can reinforce a sense of discipline and self-respect, it’s a two-way street: students also have to have the maturity and strength to want to succeed.

There is a common belief that military schools only exist to serve as a first step to point students towards a life in the military. Some people are even under the impression that you must join the military after leaving a military school for teens. Neither of these perceptions is true. There are no requirements for military service after leaving a military academy, and many students choose to go to colleges or enter the private workforce after graduation. Whether students move on to the military or the private sector after graduation, many find that the values they learned in military school have served them well in building a foundation for future success.

There was a time when the high cost of tuition at many military schools made attendance prohibitive for students from lower-income families. However, this has changed in recent years, as it has become more affordable than ever for students to attend a youth military school. There are a wide range of scholarships and financial aid packages available to help lower-income families subsidize their child’s tuition at a military academy. In addition, a growing number of school districts are partnering with the Department of Defense to open public military schools that offer all students the chance to get the benefits of a military academy.