How to Solve Quadratic Equations 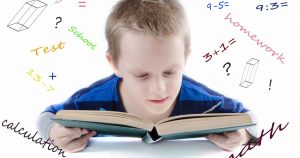 Before tackling the issue of how to solve a quadratic equation, it is important to be able to identify one!

A quadratic function is any function in which the power of the leading coefficient is equal to two.

The first method that can be used to solve a quadratic equation is factoring:

Once this is done, each of these binomials can be solved for x. These values of x represent the x-intercepts.

2. The second method that can be used is the quadratic formula:

The equation must be converted to standard form in order to use the formula. This formula can be found in any Precalculus textbook or even on the internet.

The advantage of using the formula is that it can be used even when the quadratic equation is not factorable. Also, in the case that there are no real solutions for the equation, imaginary solutions can easily be determined.

A minor disadvantage of using this equation is that it is possible to make an error in calculating the solutions if a wrong number is plugged into the formula or a negative is neglected in the process of making calculations.

A third method that can be used to solve a quadratic equation is completing the square:

Though this method is not difficult per say, there are many instances in which computational errors can be made. The good thing about completing the square is that is can also be used to convert a quadratic function from standard or general form to vertex form.

Keep in mind that there are many advantages to having a quadratic equation in vertex form.

The fourth method used to solve a quadratic equation is the graphing calculator method:

The original quadratic function can be entered into the calculator either in standard or vertex form. Once this is done, the calculator’s calculation capabilities can be used to find the roots of the function.

On most of the TI calculators, the quadratic function can be entered once the Y = button is pressed. After that, the graphing window may have to be adjusted in order to see the complete graph.

The next step would involve pressing the 2nd and TRACE buttons simultaneously in order to access the CALC menu. Under the CALC menu, the root option should be selected in order to determine the roots.

Note that each root has to be determined separately.

In conclusion, there are four options that can be used to solve a quadratic equation: factoring, the quadratic formula, completing the square, and the graphing calculator method. They should each be known so that they can be used interchangeably.

For over ten years, we have provided Private Tutoring Services enrolled in home schools and traditional schools and helped them achieve their academic goals as well as outstanding grades in mathematics, English, science, literature, and language courses.If You need Home Tutoring Services Please visit our website:http://theteachingtutors.com/

The author invites you to visit: http://theteachingtutors.com