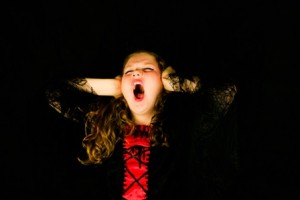 We can all remember being in that weird period of time between childhood and adulthood and for some young people, this transitioning time is particularly testing.

There are all sorts of changes happening – physical, hormonal and even additional pressures academically which stress out teenagers. It would be easy to attribute anger and outbursts to these alone, and in some cases it might be accurate to do so, however repeated unreasonable reactions from your teenager could indicate that there are other reasons behind their emotions that can be resolved.

You see the problem with blaming their hormones is that it instantly puts the problem outside of your control and theirs. Hormones strike us as these random things that arrive in our body, uninvited and mess up the systems we used to have install new ones and drive us a bit mad along the way! This leaves us totally at their mercy and only able to re-stabilise when they eventually decide to settle down or make an exit. It leaves parents unsure who they are speaking to when they try to converse with their teenager – are their questions or suggestions going to lead to a sigh, a grunt or an outrageous response?

This kind of behaviour can unsettle the entire household and it really isn’t accurate to believe that you have to wait for the phase to pass.

Some therapists believe that if you do not have a toddler with temper tantrums, they will be acted out when that child becomes a teenager. If they then miss that opportunity too, they will be likely to have a midlife crisis later on. I do not know how accurate these ideas are, but one thing is for sure. You wouldn’t just sit back and wait for your toddlers temper tantrum phase to pass subjecting the entire family to hell in the meantime. You would be responding to their behaviour, and coming up with strategies to better manage things, reward systems and structures. You might even consider the influencers on your toddlers behaviour – is there anything that is making the unsettled or anxious that is causing their temper tantrums? Now if you would do all of that for a toddler, how is a teenager any different?

It is still important to respond to teenage anger, just because they are teenagers, it doesn’t make their behaviour excusable. However by the time they have reached teenager time, your position of authority has changed and very often an outside influence may be helpful.

As a teen therapist in Hertfordshire, I am able to work with you and your teenager to identify any unmentioned problems that your teen is experiencing and also to help you, as a parent to begin to develop better strategies for responding to their angry behaviour.

It can be incredibly helpful for you teenager to have someone other than you to talk to. Sometime the Hertfordshire teenagers I work with will disclose worries and anxieties. I like to respect their confidentiality when possible, but I never promise to keep secrets especially if the underlying issue is one that is important for a parent to know about or act upon.

If you have an angry teenager and you are based in Hertfordshire, you can contact me for a free consultation. I’m an expert at getting even the grumpiest teenager to open up and talk!

By Gemma Bailey
Gemma Bailey is a qualified NLP4Kids practitioner who helps children and teenagers throughout Hertfordshire to overcome anxiety, phobias (including school phobias and food phobias), selective mutism and confidence problems. www.childtherapisthertfordshire.nlp4kids.org