How to be a good Public speaker? 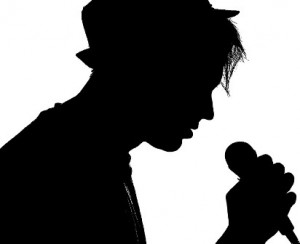 A well known saying says that who cannot listen, cannot be a good speaker. It is true to a large extent because now the people lack this skill. Public speaking is an art that is sometimes innate but most of the time it is imbibed through certain activities. Most of the humans have the fear of speaking in front of anyone mainly in front of crowd. Although fears have been categorized as fear of stage, fear of death, fear of eye contact and fear of saying the truth and many more but the fear of stage occupies the front seat.

This can be overcome by some tactics as a person who is given more chance to speak in public, can get the confidence to stay on the stage for a long time. Experts of this matter say that fear is nothing but the creation of illusion that a person creates in his conscious and unconscious mind. Once the thought is created in mind it takes time to be erased but nothing is impossible in this universe, it can also be replaced with a positive thinking to face the challenge of saying in front of others. The only way is to build confidence and self belief.

It can be done by knowing the right way to start. First of all the person needs to have the wish to overcome this hesitation. For this he/she has to start taking initiatives to talk to different people of different walks of life. The more he is communicative the more he will gain the confidence and automatically the fear of speaking in front of others will vanish. For this he can start talking with juniors and the people who have less educated than him. It helps in creating a confident image of him that will later on result in posing him a good speaker.

Preparation for speaking is the next step before stepping on the stage. He must know his topic perfectly or he should chose the topic on which he can talk better and can enjoy talking on that particular topic. Then he ought to be aware about his audience and their level of intellect. He is supposed to be spontaneous as pretention never lasts for a long time and he might forget the crammed lines. To be in the topic, he must do as much practice as he can. Along with this he should be conscious about his body language for major part of our interaction or communication is the way a person presents himself.

Epilogue lies in the presentation, attitude, practice, subject knowledge and the style. Never forget to add the sense of humor otherwise the talk will be as boring as the food without salt. Learn the art of storytelling as it is the best and the easiest way to convey the message.