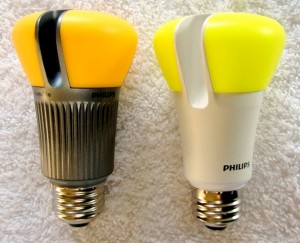 Technological advancement is only possible through constant research and innovations. The latest example of such progress is the LED light bulb. Most research is carried out in order to find a way of improving the performance of an existing facility or to find a new product that will prove to be more economical and more efficient than the existing facility.

LED light bulbs have been developed to take the place of incandescent light bulbs or halogen light bulbs because they save energy, their efficiency is nearly double that of normal halogen bulbs and they do not have any harmful substance such as mercury. Moreover, these bulbs are environment-friendly because they can be recycled and they do not produce any heat. The durability and life expectancy of LED bulbs is in the region of 50,000 hours, which is much higher than that of the earlier bulbs. As such, once you have installed these LED light bulbs, you can forget about any cost of replacing them in the near future.

The earlier incandescent or halogen light bulbs used to dissipate a large amount of energy by producing heat. This meant that the electricity bill was unnecessarily high. LED light bulbs have been created after a lot of research to eliminate the energy wasted due to heating, This has resulted in the creation of the latest innovative LED bulbs that do not produce any heat and consequently use much less energy to light up a room.

Whereas the halogen bulbs were using 85% of the electrical energy to produce heat and only the 15% balance was being used to produce light, the LED light bulbs utilize 90% of the electrical energy to produce light. Halogen bulbs were fitted with filaments through which electricity was passed in order to produce light but these filaments heat up and consume nearly 90% of the electricity for heating. In the case of LED bulbs, which use light emitting diodes for producing light, almost the entire electrical energy is converted into light energy without wasting any energy for heating. By using LED bulbs you can save 80% of your previous electricity bill. By using the LED bulbs you can make sure that you are contributing towards lessening global warming because no heating from the bulb is being dissipated into the atmosphere.

Although LED bulbs are more expensive than the halogen bulbs, it is almost a one-time expense because these bulbs have a long life, which means they do not need to be changed for a long time. The extra initial cost will easily pay for itself over the years. Moreover, since these bulbs use so little energy, they are environment friendly and do not add to pollution. The LED light bulbs have standard bulb fitting features making them convenient to install and replace anywhere.

GU10 LED bulbs are the most common replacement LED bulbs. Though they are similar to the normal LED bulbs, they have many similar LED lights placed in one fitting. GU10 LED bulbs have a specific type of fastening and in most commonwealth countries such as the UK, New Zealand and Australia; the standard fastening is the bayonet mount. These types of LED light bulbs are mostly used in offices, shops, commercial spaces and in showrooms. They are high in style and efficiency.

LED light bulbs does not use a filament to burn to produce light. They use diodes in a particular setting for producing light without wasting any energy. They are environment friendly as they do not produce any heat. Visit us: http://www.ledlightbulbsdirect.co.uk .