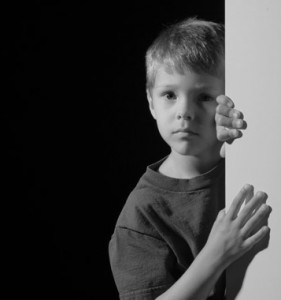 Fact: Danger from strangers is only a small part of the problem. Research evidence world over indicates that in a majority of cases, (upto 85%) the child’s relatives, family, friends or someone known and trusted by the child is involved

Fact: An overwhelming majority of those who sexually abuse children is men although women are the ones who spend most time with children. Only a small minority of women report to have abused children.

Fact: Prevalence of child sexual abuse ranges between 30 to 85% in any society depending on the definition used for child sexual abuse. Mental illness on the other hand accounts for not more than 15% of the total population. If those who sexually abuse children were truly sick or perverted then we are living in a .sick and perverted. society. Unfortunately the men who sexually abuse children are often ordinary, respectable men holding positions of responsibility in the family, society, workplace and fulfilling their duties as per the demand of their role.

Fact: Child sexual abuse cuts across classes, caste, religious and educational barriers and occurs irrespective of what the background of the abuser and the child is.

Myth 5: When children say they have been abused, it is often a figment of their imagination or fantasy.

Fact: Most times, children are unable to disclose or talk about abuse. In rare instances, when they do talk, it is not their imagination or fantasy but very real; children need to be believed and supported if they talk about any sexual touching or if they express any reservations about interacting with particular adults.

Myth 6: Only beautiful or sexually precocious children are abused.

Fact: All children, irrespective of their age, colour, family background, sexual knowledge are vulnerable to abuse. They are perceived as easy targets because of the power the abuser has and the inability of children to speak up or stop abuse.

Myth 7: Children enjoy being touched sexually, that is the reason they do not report sexual abuse

Fact: Children do not report abuse for several reasons: They are afraid no one will believe them, they are afraid that the abuser may harm or kill them or their loved ones, they are afraid they will lose the love of their parents and near and dear ones, they do not have a language to disclose abuse. At no point does a child enjoy the sexual attention of an adult; children feel extremely overwhelmed and distressed by such attention irrespective of how their body responds to sexual touching.

Myth 8: We can tell if a child is sexually abused

Fact: Children are experts at hiding their pain. It is difficult to say from external appearance if the child is sexually abused. However, adults need to be alert to any changes in the child’s behavior, performance at school, emotionality, fear of certain places or people, resistance to go or meet some people and sleeping and eating patterns. A traumatic experience in a child’s life is often expressed through indirect means. Also many children may not show any change in their behaviors or other patterns until much later.

Fact: Almost 30-50% children are abused by persons known to them; relatives, family friends, neighbours, drivers, watchmen, doctors, religious leaders. Such abuse often takes place in one’s home which is considered as a .safe haven.. The abuser enjoys the trust of the family members and has easy access to the child.

Fact: Although more girls are reported to be sexually abused, (one in every four) research indicates one in every seven boy’s world over are abused. These are just a few of the many myths that abound in every society. Myths help us in denying the fact the Child Sexual Abuse is very real, very personal; they keep us from scrutinizing the men we know, love and respect. They help us brush child sexual abuse under the carpet, falsely believing our own children cannot be abused and the abuser will almost always be unknown to us. It is time, as adults, as responsible adults who want to care for and protect our children to be alert, aware and stop child sexual abuse.
About The Author
The author invites you to visit: http://www.childlineindia.org.in